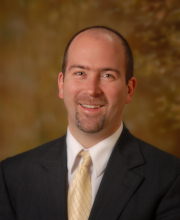 Funeral Director and Embalmer since 1996

Lellan (aka Lee or Lebo), of Bardstown, is a native of Nelson County, owner of Barlow Funeral Home with wife Patti, and parents, Ruth and Lellan S. Barlow Sr.

Lellan graduated from Bardstown High School in 1986, attended Elizabethtown Community College, the University of Kentucky, and graduated from Mid America College of Funeral Service in February of 1994. He received his Kentucky Funeral Directors and Embalmers license in July of 1996 after serving a two year apprenticeship.

Lellan is a past board member and current member of Bardstown/Nelson County Chamber of Commerce, Bardstown Rotary Club, Bardstown Optimist Club, Buechel 896 Masonic Lodge, Funeral Directors Association of Kentucky, Kentucky Burial Association and First Christian Church (Disciples of Christ), where Lellan is serving as a Deacon and past treasurer. 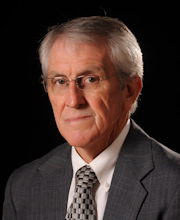 Lellan S. Barlow Sr., of Bardstown, is a native of Nelson County, co-owner of Barlow Funeral Home, and son of Beulah and the late Manuel Barlow.

Lellan Sr. graduated from Old Kentucky Home High School in 1958, received his B. S. degree in Agriculture from Murray State University, attended graduate school at the University of Kentucky while student teaching at Lafayette High School in Lexington, Ky.

He spent forty years working in the agriculture chemical and technology field, starting with Armour Ag Chemical, US Steel, Swift & Co., Shell Ag Chemical and retiring from E. I. Dupont of Wilmington, Delaware. This line of work included sales and marketing, research and development, regulatory and environmental along with customer service relations. The area traveled with the different companies was central Indiana, Southern Indiana, Southern Ohio, Kentucky and Northern Tennessee, with most time spent working Kentucky. After retiring from Dupont, Lellan Sr. worked for Big Rivers Agri Supply out of Owensboro, Kentucky in distributor sales until Barlow Funeral Home was opened in April 2004.

Lellan Sr. received his Kentucky Funeral Directors license in June 2008 after serving his apprenticeship under the direction of his son Lellan S. Barlow Jr. for two and a half years.

Lellan Sr. continues to farm and manage his dairy, beef, and grain operation in the Woodlawn area of Nelson County. 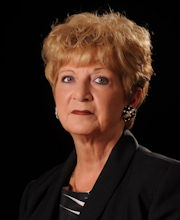 Ruth Ann Roach Barlow is a native of Nelson County, co-owner of Barlow Funeral Home, and daughter of the late Bertha and Finis Roach. 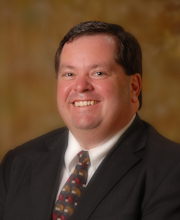 Funeral Director and Embalmer since 1988

Anthony “Tony” Willett, of Bardstown, is a native of Marion County, and a Kentucky licensed Funeral Director and Embalmer since 1994.

Tony graduated from Marion County High School in 1988 and Mid America College of Funeral Service in July 1991.  Tony is the son of Carter Willett and the late Shirley Willett.

Tony started with Barlow Funeral Home in April 2008, and has lived in Nelson County since 1991. 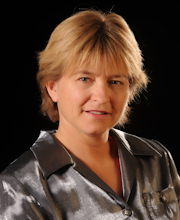 Patricia Lynn “Patti” Longmire, of Bardstown, is a native of Nelson County, co-owner of Barlow Funeral Home, and the daughter of Darlene and Jimmy Longmire. Patti graduated from Nelson County High School in 1986 and is a graduate of Western Kentucky University with a degree in Photojournalism.

Patti is a professional photographer who owns her own business, Lakeview Photography.

A year of daily grief support

Our support in your time of need does not end after the funeral services.  Enter your email below to receive a grief support message from us each day for a year.  You can unsubscribe at any time.